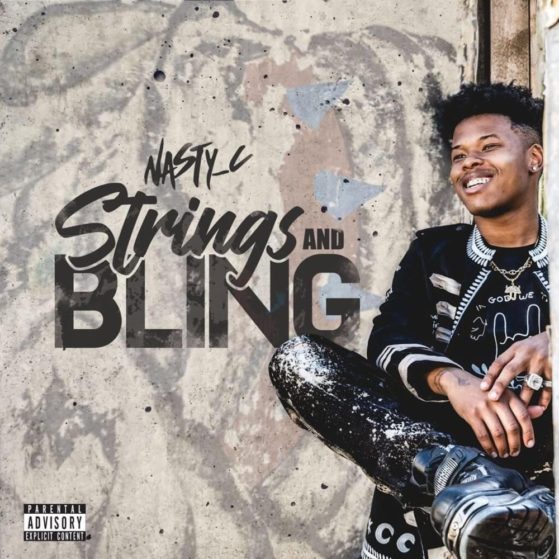 Nasty C finally drops his highly anticipated album “Strings and Bling”. The album contains 17 tracks and features the likes of A$AP Rocky and Kaien-Cruz. Without further ado, Cop it below.

South African Hip hop head honcho Nasty C has blessed fans with some new heat with the release of his album Strings & Bling. The uber talented music sensation is known for some hard bars and hit lyrics and this album is no different. After the astounding success of his debut album Bad Hair, which introduced fans to a skilful MC, the new album cements his place as a wavy trapper and a smart, intuitive rapper. With rap songs like ‘Jungle‘ and ‘Blisters‘ or pop songs like ‘Gravy‘ it has been dubbed as one of the rappers best releases yet and he had this to say on the album :