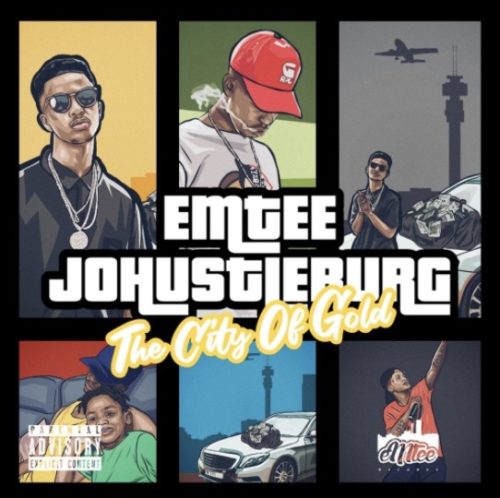 Emtee‘s latest single “Johustleburg” is an ode to Joburg, the city in which he grew up and currently resides. In the song, the South African artist speaks fondly of the City of Gold, stating it raised him right and touching on the dangers people live with.

“Johustleburg” was produced by Ruff, Emtee’s long-time producer who is behind most of his hits and projects. The song is calm in nature, which is ironic considering its subjects is one of the busiest places on the continent and, as Emtee sings, one needs to watch themselves while there.

Emtee teased “Johustleburg” during his hit battle with his counterpart Nasty C in April. The song trended on Twitter on the night of the battle. To keep the momentum going, Emtee asked fans to design an artwork for the single and he would choose his favorite.

“Johustleburg” is the third single from Emtee in 2020 after “Wave” and “Brand New Day,” which he released earlier in 2020.

Emtee parted ways with the label Ambitiouz Entertainment in 2019 and spent most of the year appearing on other artists’ songs while dealing with his label troubles (sometimes publicly). As promised last year, 2020 is his comeback year and one in which he explores independence.