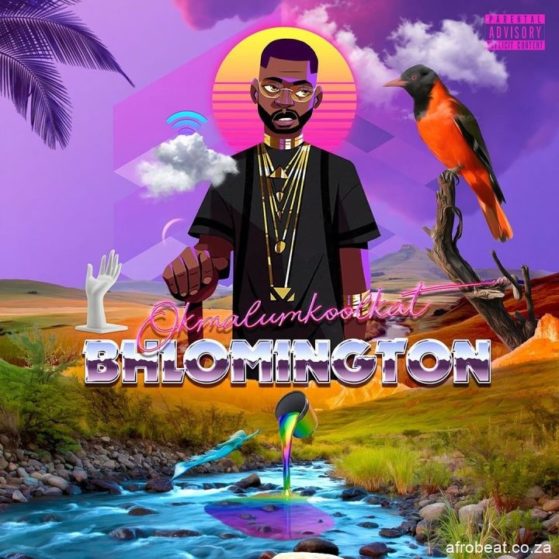 After a young delay, Okmalumkoolkat has finally served his much-awaited EP project ‘Bhlomington’.

The 6-track project comes as a release under Universal Music, Electromode and Sjambok Studios.

Koolkat invites Da L.E.S as the only featured guest on Hawaiian Master – a mellow jam on a smooth-riding beat delivered by Zoocci Coke Dope on production.

SUUP ZULU produces the opening track iNkuzi, a groovy kwaito styled jam letting Okmalumkoolkat showcase his own dictionary on the lyrics. The jam ends with a piece from the classic Joe Mafela sitcom, Sgudi ‘Snaysi. Zoocci Coke Dope also produces The Mpahlas a laid back song Okmalumkoolkat describes as a love jam for his clothes, paying homepage to the streets of Braamfontein and Maboneng for structuring and lifting the fashion culture.