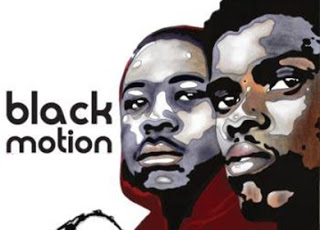 It is clear that Black Motion, which consists of Robert ‘DJ Murda’ Mahosana and Thabo ‘Smol’ Mabogwane, has been making a serious buzz across the globe with its house music compositions. Following their notable success, th
e duo is fast becoming one of Mzansi’s most loved duos.
Even though the group has not been in existence for a long time, the two musical geniuses have been silently producing songs that get endless love on radio and television. In 2010 Black Motion started releasing songs that have been lighting up the dance-floors, including ‘Bhana Shilolo’, ‘Banane Mavoko’ and ‘Set Me Free’. 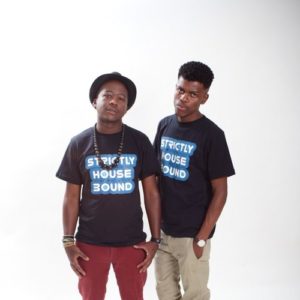 While there is certainly something unique that the boys are bringing to the house market, in only the space of year, the group climbed the ladder of mainstream music industry success. “We are amazed at how this journey has progressed and how our new project came together. Though the waiting was long, we learnt to enjoy watching the Almighty open doors and provide just the right moment. Words cannot express what we have learnt and how we have grown through this journey,” say the duo.
Besides these accomplishments, the group has in the past worked with big names such as DJ Oskido, DJ Mthi, QT, award-winning vocalist Bantu Soul and Black Coffee, to name but a few. Even though they have composed a string of great songs that are still talk of the town, Black Motion is ready to take the industry by its horns. “Both Smol and I were dancers, so we know the kind of sounds that get people moving,” says DJ Murda.
While some fight their battles alone to get to the industry, Murder quickly points to Moses Mokgoko, who he says has been helpful and contributed a lot to the making of Black Motion. “We are lucky to be associated with someone who looked out for us when we were starting off. Moses believed in what we wanted, he helped us build the studio and is always willing to assist whenever we are in need.”
Commenting on the album that is about to come out entitled “Talking To The Drums”, the duo says that even though there has been intense pressure to continue to put together quality songs, they are not bothered as their new album will prove that Black Motion is certainly not a one hit wonder pair. “We believe that this project is solid and have remixes of songs that people will easily relate to,” they conclude.
It is not surprising that Black Motion has swiftly climbed the ladder of success in next to no time. Whatever the two cook up in the studio, it is always a joint effort. Their solo album, which comes out this week, is yet another testimony that the two talented young spinners from Pretoria mean business.

For booking Black Motion contact 071 519 9905 or djsproduction.events@gmail.com and we will gladly assist with the booking details.