PRESS STATEMENT FROM THE MANAGEMENT OF KHULI CHANA 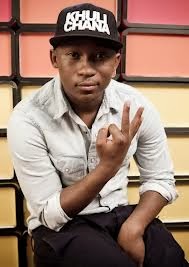 Johannesburg, 14 January 2014 – As per previous statements issued out on behalf of Khuli Chana in light of the Midrand shooting that took place on Monday, 28 October 2013, it was indicated that the case would take both a criminal and civil course.
As part of the due process in the civil case, Khuli Chana’s lawyers submitted a letter on Friday, 10 January 2014 to the Minister of Police highlighting what transpired on the night in question, outlining costs incurred and income lost as a result of the shooting, and stating the intention to recoup this money via litigation. We do however remain hopeful that an amicable resolution to this painful episode can still be found.
For booking Khuli Chana contact 071 519 9905 or djsproduction.events@gmail.com
(Djs Production Bookings)
Back