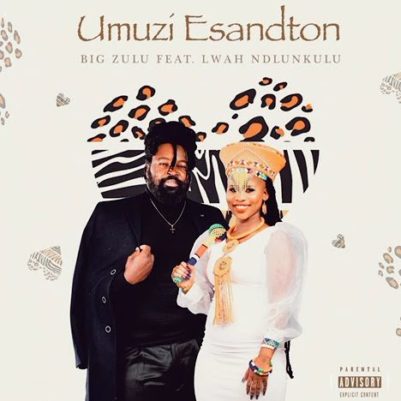 Following his successful gold selling single Inhlupheko featuring Mduduzi Ncube, Big Zulu is back again with yet another smash hit record titled “Umuzi Esandton”. The record features Inkabi Records first female signing “Lwah Ndlunkuku”, an incredibly talented vocalist with a voice that will transcend though various markets and age groups, her ability as a vocalist is special as she has a traditional tone to her voice coupled with a youthful and urban texture.

Umuzi Esandton tells a love story between Big Zulu and Lwah as their relationship goes through a transition. It talks about two lovers who see a change in their relationship when one progresses financially, he moves to the city and begins to neglect his long standing partner, getting swallowed by the high life with slay-queens and partying. However he soon realizes that what he has left behind is more valuable than the life he leads now. The story has a lovely ending as he returns to his lover and keeps his promise of buying her a home. A home in the most expensive square mile in Africa, Sandton.

The song is a combination of traditional, afro-pop, dance and Hip Hop, a unique combination of sounds and style only offered by Inkabi Records. Umuzi Esandton is surely going to be a massive record in South Africa and the continent.