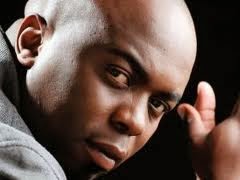 17/01/2014 by DJs Pro Blog Sun EL Musician
The singer, producer, music director, poet, writer and actor is always up for a challenge and now it looks like he may have found it. The talented 34-year-old will star in the new comedy series, Check Coast on Vuzu.He will be playing the role of Bheka Zonke, a Home Affairs official, acting alongside Khanyi Mbau.Kabomo went into acting when he joined the soapie Zabalaza inthe role of Herbert, Jazzman’s accountant.“So far, both my acting roles are opposites of who I am. I would never want to be like any of the characters I play.” About his new role as Bheka, he said: “He is the most corrupt person ever. His unemployed nephew is always visible at the office but no one knows what he’s doing there. He has also hired a personal assistant he is having an affair with.“Bheka makes inappropriate statements about race, class and everything.

I constantly have to remove myself when doing this role.”On Zabalaza he plays a yes-man who is bullied into doing what his boss wants him to do.Kabomo’s been in the background for many years doing production for musicians like Unathi Msengana, Skwatta Kamp, HHP and Zwai Bala.His debut album All Things Grey received many award nominations but didn’t win any. He believes people are only now starting to know him. Kabomo told the People’s Paper he released his double-disc album, Memory Remains, two months ago. “The album reflects both sides of me because I am a neo-soul singer and a rapper,” he said.(dailysun article)

– Catch Check Coast on Vuzu Thursdays from 23 January at 7pm.