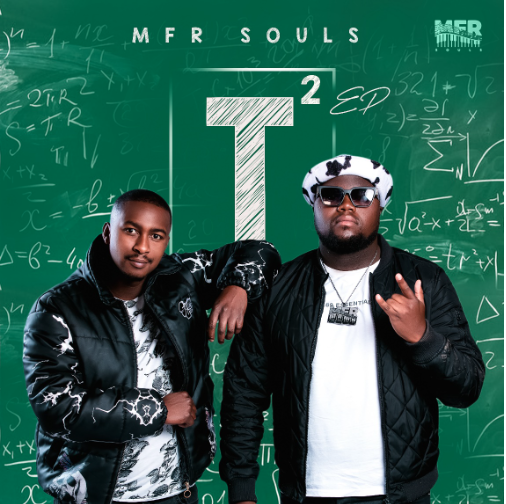 SAMA and MAMA nominated duo MFR Souls is set to drop their third project titled ‘T-Squared EP’
this Friday the 1 st of April. This comes after the success of their album ‘Healers of The Soul’ with lead
single and club banger ‘Uthando’ ft Aymos.

Hailing from a small township in the East of Johannesburg called Katlehong, MFR Souls was formed
in 2013, four years after the duo first met in 2009. The platinum selling duo introduced a new

sensational sound in the house genre commonly known as Amapiano.

They are known for the success of their platinum certified commercial hit ‘Love You Tonight’ with DJ
Maphorisa, Kabza de Small, Sha Sha and their track record or surpassing a million views on all their
music videos on YouTube, we should not expect any less from this brand-new EP.
T- Squared is the name of the EP referring to both Maero and Force Reloaded, as both their names is
Tumelo. Leading this body of work is single ‘Forever’ with Mandy ZA, platinum selling artist Manu