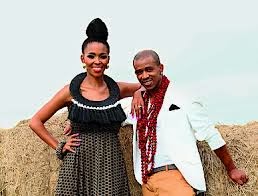 There is no doubt that the highlight at this year’s upcoming Macufe African Cultural Arts Festival in Bloemfontein will be the Amstel Golden Hour collaboration between multiple SAMA-winners Mafikizolo and hip-hop star, Khuli Chana.
It’s not often that an artist is invited to play on the prestigious Amstel Golden Hour Stage for a second time, but with the return of Mafikizolo to the South African music scene and the huge success of their comeback album, Reunited, Amstel is proud to welcome them back.
“We are thrilled to be returning to the Amstel Golden Hour stage, especially atsuch an amazing festival as Macufe. The opportunity to work with an individual as talented and unique as Khuli Chana means we can really create something special for the fans. We can promise everyone a musical experience not to be forgotten,” says Mafikizolo.
They team up with Khuli Chana the iconic South African rapper and three-time SAMA Award winner – known as the originator of the “Motswako” style of hip-hop – has already carved his own legacy into the fabric of South African music. Being invited to collaboratewith the likes of the legendary Mafikizolo is a prime example of the weightthat Khuli’s name carries within the South African music industry.
“Mafikizolo is the biggest group on the continent. Sharing the stage with them is a dream, especially on a platform like Macufe. I’m blessed!,” says Khuli Chana
The immense singing talent of Mafikizolo combined with the dynamic lyricism of Khuli Chana will create a performance unlike anything either group has done before. Theartists are particularly excited about this truly unique collaboration.
The Amstel Golden Hour stage production at this year’s Macufe Festival will take place on Saturday October 12th at the Main Music festival and promises to be one of the most memorable ever.
The Amstel Golden Hours are presented at some of the country’s most loved festivals and feature amazing and often unexpected collaborations supported by the best in staging, lighting and sound technology. Artists that have showcased on this music platform include Donald, L’Vovo as well as Zonke, TKZee, The Soil and HHP. Over the years, music fans have come to know and love this platform as a place where South African music just gets better with Amstel. “MIO Article”
For booking  Mafikizolo or Khuli Chana contact 071 519 9905 or djsproduction.events@gmail.com
(Djs Production Bookings)
Back