LIQUIDEEP IS SET TO SPLIT 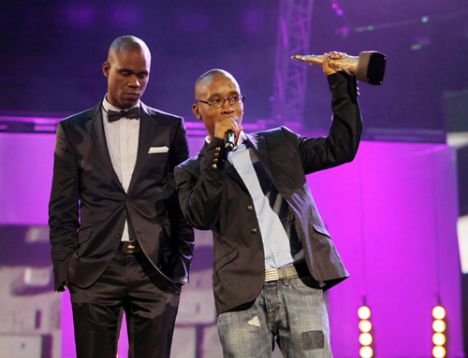 AWARD WINNING DUO LIQUIDEEP SET TO SPLIT
Liquideep is a soul, House duo formed in Johannesburg in 2007. The group was formed by Ziyon (vocalist/songwriter/producer) and Ryzor (DJ/producer). They have had eight number-one singles and four number-one albums, and won Channel O Music Award four MTV Africa Music Awards. As of 2009, the band have sold an estimated 5 million records worldwide.They moved crowds across the counntry with their hit songs “”still”,”BBM” and “Fairy tale” just to name a few…
With all the decorated accolades djsproductiion crew has discovered from a reliable source that the pair is set to split.Information that reached our desks is that Ziyon(lead singer) wanted to branch out to launch his solo carrer but it is said that it didn’t seat well with the Alex born Dj Ryzor.
We’ve seen so many groups/duo crumble and vanish into thin air, latest being MALAIKA-i remember being in mpumalanga few years back with friends singing along to then hot “MALAIKA” hit 2bob, who would have thought they would also become victim of solo project?we hope TEARGAS who recently decided to go solo wont follow suit.
Can someone speak some sense to these 2 gentemen before its too late?Liquideep we love you!
Booking Teargas, Booking Liquideep Contact: 071 519 9905 OR djsproduction.events@gmail.com
Back