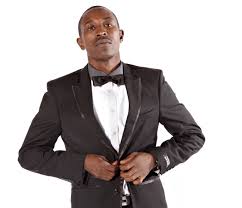 Jay Boogie a South African rising stand-up comedian. His style and content will capture your attention. The past 10 years of his life has been an experience for Jay, a result of being the amazing personality he is today. Jay’s key element is his contagious laughter.

Jay Boogie wanted to do alternative entertainment instead of being just an MC on a specific show. He wanted to do something funny to enlighten his audience. Therefore, when the singers and rappers went off stage Jay Boogie would do a parody of what they had been singing on stage with his own lyric’s which gave him a standing ovation from the audience.

Neighbouring countries like Swaziland, Lesotho and Botswana all wanted a part of him. As a result, Jay’s intention of becoming nothing less than one of the best comedians the world has ever heard is being realised. Jay Boogie is also seen performing as “The Boogie Man” or “The Jay-Z of comedy.” Access to comedy clubs for Jay Boogie during the apartheid was restricted for the white population. All of that changed when the black and coloured population were hungry for comedy and good laughter.

Jay explains how a comedian needs to know how to manage an audience to show them how to visualize with connecting their surroundings. Jay’s personal jokes are all cultural and environmental to his own surroundings. When Jay is not performing on stage, he keeps his audience waiting on their edge of their seats and like a child waiting for Christmas, they cannot wait for his next appearance.

“The Boogie man – The Jay-Z of comedy”