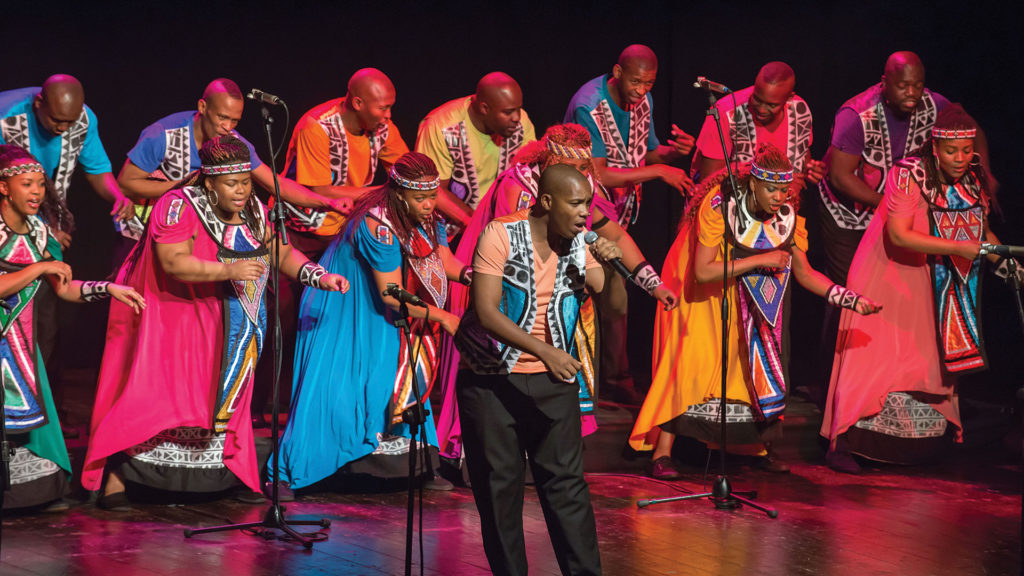 What is a country without musicians?
This was the burning question which inspired the revolutionary upcoming concert called Anthems of Democracy.
The show is a series of unique concerts in celebration of South Africa’s twentieth anniversary of democracy.
It will take place for four days on The Mandela stage at Joburg Theatre.
The show features legendary artists who were at the musical forefront of the struggle against Apartheid, like Yvonne Chaka Chaka, Bright Blue, Victor Masondo, Mzwakhe Mbuli, Themba Mkhize, Jennifer Ferguson, Vicky Sampson and Sipho “Hotstix” Mabuse.
They will share the stage with the internationally acclaimed and Grammy award-winning Soweto Gospel Choir.
They will sing their own songs and also collaborate with each other. Poet Gcina Mhlophe will recite some poems.
Hotstix said those who attend the show will experience African music like never before.
He has been commissioned to produce the show and is working closely with Victor, who is the musical director of the show and concert promoter Roddy Quin.
He said the show will give audiences a glimpse of how the local artists contributed to the struggle against Apartheid.
He said their songs gave people hope.
The highlight of the show will be special guest Joan Armatrading, who is a three-time Grammy Award nominee.
The British female singer and songwriter enjoys enormous international success.
)Tickets for the concert are available at www.joburgtheatre.com. It takes place from 24 to 27 April.