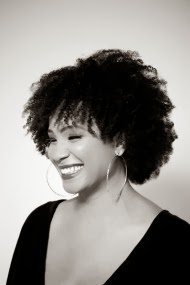 Following on the great success of the DStv iRock Limpopo Music Festival in August 2013, DStv brings music lovers the second instalment of this popular enterprise, the DStv iRock Rustenburg Music Festival, in association with the Royal Bafokeng Administration and The New Age.
This twelve hour non-stop party will be held at the Royal Bafokeng Stadium in Rustenburg in the heart of summer on Saturday, 14 December 2013, and will feature a stellar line-up of artists, including the international house music sensation, Monique Bingham.
“A part of our iRock mandate is to always have the best artists on our bill; and since Rustenburg is sometimes referred to as the house music capital of South Africa, Monique Bingham was the perfect choice to headline the iRock Rustenburg Music Festival. After her chart topping hit “Take Me To My Love” with German DJ, Ralf Gum, Monique Bingham became one of the most admired artists in South Africa. We are extremely excited to have her as part of our festival,” says Songi Stylez, director of the iRock Music Festivals.

Fans of local performers will not be disappointed, as dozens of award-winning South African artists and DJs will set the stage on fire, including Black Coffee, DJ Tira, VJ Nutty, Big Nuz, Ganyani, Vetkuk vs Mahoota, Eltonnick, Jawz; and V-Entertainment’s gorgeous Dineo Moeketsi will be the MC for the day.
As South Africa’s entertainment leader, DStv remains a media partner to the event. Senior Marketing Communications Manager at DStv, Colleen Goodman says: “DStv has an extensive music offering and there is something for every music taste, from mainly international content on MTV Base, VH1 and Trace Urban, to the original African Channel O and Mzansi Music, as well as the extensive variety of audio channels on our platform. It’s evident that South Africans love music and we’re hoping to kick off the start of the festive season by bringing the cream of the local music industry to Rustenburg.”
Tickets for DStv iRock Rustenburg are on sale and available from www.computicket.co.za, at the Computicket call centre on 0861 915 8000 or any Computicket outlets at Checkers and Shoprite for R120 (Normal Entry) and R400 (VIP entry). VIP entry includes refreshments (limited), 1 month free subscription to The New Age newspaper and secure parking inside the venue.