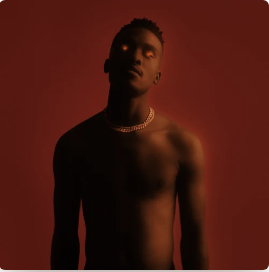 Gqom pioneer DJ Lag has always been a forward-thinking producer, and his 2022 release sees him move the genre forward by incorporating fresh flavours into the sound that’s defined Durban’s dance music scene since the 2010s. “There are a few tracks that are slower than my usual tempo,” DJ Lag tells Apple Music. “I am seeing it as a shift of gqom; I like to call it ‘gqom 2.0’. We started at 124 BPM, slowing down with ‘Samba Ngolayini’, which went viral and still bangs in the clubs, and now I am taking it all the way to 116 BPM.”

For Meeting With the King, DJ Lag employs a broader palette consisting of amapiano, Afro-house and Afro-tech. The best example of this marriage of different styles is “Khavhude”, a collaboration with trailblazing amapiano producer Mr JazziQ. Amapiano’s defining kick roll and log drum are mashed up with high-pitch synths and hissing pads, further decorated by the vocals of Vic_typhoon and late yanos icon Mpura. “I can make gqom that sounds exactly like it did back in 2014, when we started making it, but I am no longer there. I have grown,” Lag explains. But with all the experimentation, DJ Lag’s sound remains uncompromisingly gqom, with the genre’s trademark thwacking drums, automated digital chants and hypnotic synths and pads.