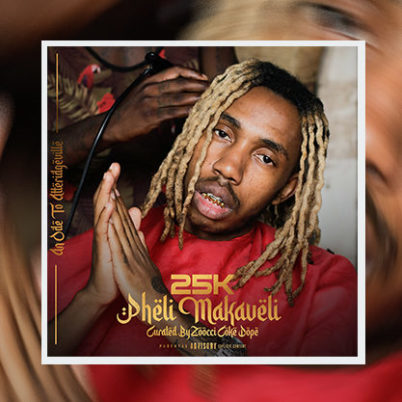 Rapper , 25K The Plug has finally released his album titled ‘ Pheli Makaveli ‘ . The album features 12 songs and he has worked with guys such as Emtee , Flvme , Zoocie coke dope and more .

25K rose to fame when he won artist on the rise price at the home coming event , he is originally from saulsville in pretoria.

Listen to it below