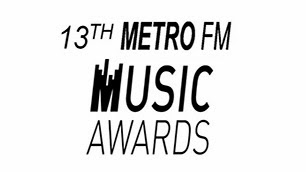 The exciting mammoth task and process of organizing the country’s second biggest music awards, which is the METRO FM Music Awards has officially begun!The Annual Ceremony is scheduled to take place on the 1st March 2014. The 13th METRO FM Music Awards will be celebrating 13 years of existence and of recognizing the rich South African music and talent respectively.

Not only are the METRO FM MUSIC AWARDS a celebration of the artists but they have matured to become a key driver of local tourism for the hosting province. They have significantly contributed towards the economic growth of hosting cities.

METRO FM Music Awards ceremony affords South African artists an opportunity to be awarded for their talents and encourages the listeners to actively participate in this process by nominating and voting for their favorite artists.

The METRO FM Music Awards categories are as follows:

As its tradition, the 13th METRO FM Music Awards are without a doubt the most anticipated! This, our iconic brand that has

emerged in the past 13 years is most definitely a force to be reckoned with and it is growing in leaps and bounds each year. As a brand, we are particularly proud of our growth, the relationships we have formed over the years, but most of all, are delighted to be on this journey once again, in honoring South African Music Stars as well as to give our audiences exactly what they deserve….epic entertainment, bigger & better,  in a form of the best Music Awards the industry is yet to see!