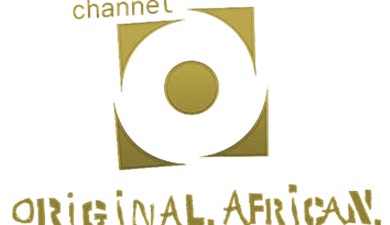 04/09/2013 by DJs Production Blog
Nominations for the 10th Annual Channel O Africa Music Awards were announced yesterday, revealing an open field in the race to claim Africa’s most prestigious music awards. Nominees in the 14 categories included multiple double nods for over 10 artists, from East, West and Southern African, reflecting the outpouring of world-class music videos on the continent over the past year. It’s now up to fans to vote for their favourites in this public-voted event, with more than two months for the continent’s music fans to have their say.
This year’s nominees list features many longstanding members of the African music scene, among them South Africa’s Oskido (“Tsa Mandebele” for Most Gifted African Southern), Zimbabwe’s Buffalo Souljah (“Basawine” for Most Gifted Ragga Dancehall Video), and Mozambique’s Lizha James (“Vais Rochar” with Anselmo Ralph for Most Gifted Female). The list of nominees is also bursting with new faces, including the five contenders in the Most Gifted Newcomer category – South Africans Moneoa (“Is’Bhanxa”) and Idols Season 8 winner Khaya Mthethwa (“Move”), Nigeria’s Lola Rae (“Watch My Ting Go”) and Burna Boy (“Tonight”) and Kenya’s Victoria Kimani (“Mtoto”).  And the multiplicity of genres emerging in this highlight category of the 10th Annual Channel O Africa Music Video Awards – from Dance Pop to contemporary Afrobeat and Afro-fusion – provides a brilliant glimpse into the diversity of sounds that currently define Africa’s music scene.
To celebrate a decade of recognising the best African contemporary music talent, the 10th Annual Channel O Africa Music Awards has expanded the prestigious Most Gifted Video of the Year category to 12 nominees, increasing the pressure on nominees in the most fiercely fought category at the awards. The category again reveals the mix of newcomers and established artists at this year’s event – a signal of the growing maturity of Africa’s music scene. South African duo Mafikizolo’s “Khona” is up for Most Gifted Video of the Year as well as Most Gifted Dance Video, and Nigeria’s P Square proves their ongoing popularity with the nomination of “Alingo” for the Most Gifted Video of the Year as well as Most Gifted African West.
But the Most Gifted Video of the Year category also includes hotshot newcomers, among them Kenya’s Xtatic whose track with Priddy Ugly and AKA, “Hit ‘Em Up” is making a strong bid for the title (as well as Most Gifted Duo Group or Featuring). AKA himself is making his presence felt at this year’s awards: alongside his featuring spots with Xtatic and Zeus, his video “Jealously” is in the running for Most Gifted Video of the Year and Most Gifted Hip Hop Video. Another nominee in the Most Gifted Video of the Year category is Kenya’s STL whose “Stella Stella Stella” has also put her in contention for Most Gifted Female where she’s up against Lizha James (Vais Rochar”), South Africa’s Zonke (“Feelings”) and Toya DeLazy (“Heart”)as well as Nigeria’s Tiwa Savage (“Without My Heart” featuring Don Jazzy).
Most Gifted Male includes Botswana’s Zeus featuring AKA and Tumi, “#Datswasup” (also in the running for Most Gifted Video of the Year) along with Nigeria’s Iyanya (“Flavour”) and Wizkid (“Azonto”), South Africa’s Donald (“Over The Moon”) and Tanzania’s Ay featuring Marco Chali (“Party Zone”). Whether it’s in the heavy hitting categories, or the genre and regional categories, there’s no doubting that the 10th Annual Channel O Africa Music Video Awards have all the makings of a thrilling affair when the LIVE event takes place on Saturday, 30 November at Walter Sisulu Square, in Kliptown Soweto. (Article from Zkhiphani.com)
For booking Zonke Dinaka, Moneo, Oskido and AKA contact 071 519 9905 or djsproduction.events@gmail.com
Back